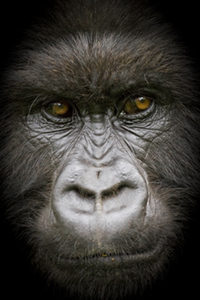 The 'why'.
I've been pondering on the why for a while. Why take photographs, why travel to distant parts of the world, why get tired, dirty and sometimes frustrated with an expensive camera. Why can't I do 'it' better?? One of my challenges in life is nothing is ever quite right, never quite good enough. Philosophically deeply self critical, but also self demanding. I take failure badly, I've been reasonably successful in the day job, but I'm beginning to turn to my future challenges and a drive to be an expert in a completely new field. I already owe thanks to a surprising number of people, some of you will know who you are, some I've been inspired by, some have given me encouragement in different ways. Some are old friends, some are new. Some are gone and still I think of you from time to time, others are close and we stand side by side in our hopes and aspirations.

But why the why. I look at our world as fragile, consumed by humanity, after all we live in the anthropocene era, in a world obsessed by growth. But the reality is we need to look for stability, to match consumption to creation, to preserve the world in which we live. Yes it will change, that is a natural process, and species rise and fall. But, and this is the big but, what we are doing now is not sustainable, species around us die for our actions, for our greed, for our fertility. Can I change this, of course not as an individual, but I hope that as I develop the endangered world theme of this website and I show you the beauty, the fragility, the precarious nature of the survival of some of the species and some of the places that I've been lucky enough to see and photograph that you will both enjoy these images and, more importantly, take a moment to think about the challenges they face for survival in the face of the spread of humanity.

But, to also be challenging, I ask you to think of any empire that has risen continuously and never fallen back. I can't think of any empire, be it geo-political or natural, from the Romans to the termite mound, that has never decayed. Why should the anthropocene age be different...........? Our only hope is that we are the first empire with the intelligence and tools to control our own destiny; but we need a radical change of direction!
Next Image
Previous Image